"Nine-Patch with an Attitude"

In my last post I told you that I have made March, Machine Quilting Month, and that I had four projects that I want done by the end of the month.  I can now show you the first project that I have completed and can tick off the list.

I  called it  "Nine-Patches with an Attitude"  I love nine-patches, what quilter doesn't.  I have made a ton of them over the years.  In January, my lovely little guild, the Maritime Modern Quilt Guild, had a member swap of 5" squares of dots and stripes.  I sorted through the pile of 56 squares that I received and arranged them into colour families.  Then I made nine-patch blocks with each one having a dark grey 5" square in the centre.  Then I used the disappearing nine-patch method and sliced them up and then sewed them all back together into a pleasing arrangement.  I used the orangey/pinkey and the bluey/greeney ones to make my centre (still have a few blocks left over for another project) and then added a light grey around that.  I machine quilted with a straight-line jiggity jaggity stitch of my own making, with an orangey/pinkey Sulky variegated thread opposite the orangey/pinkey quadrant  and then used a blue/yellow/green Sulky variegated thread opposite the bluey/greeney blocks.  I switched up the direction of the quilting as well.  What a beautiful texture it made.  For the binding (that's a whole other post coming soon)  I used Kona Coal and then when sewing it down to the front I used the same thread to correspond with the quilting.  First time I ever did that.  Love it and it was such fun for me to make. 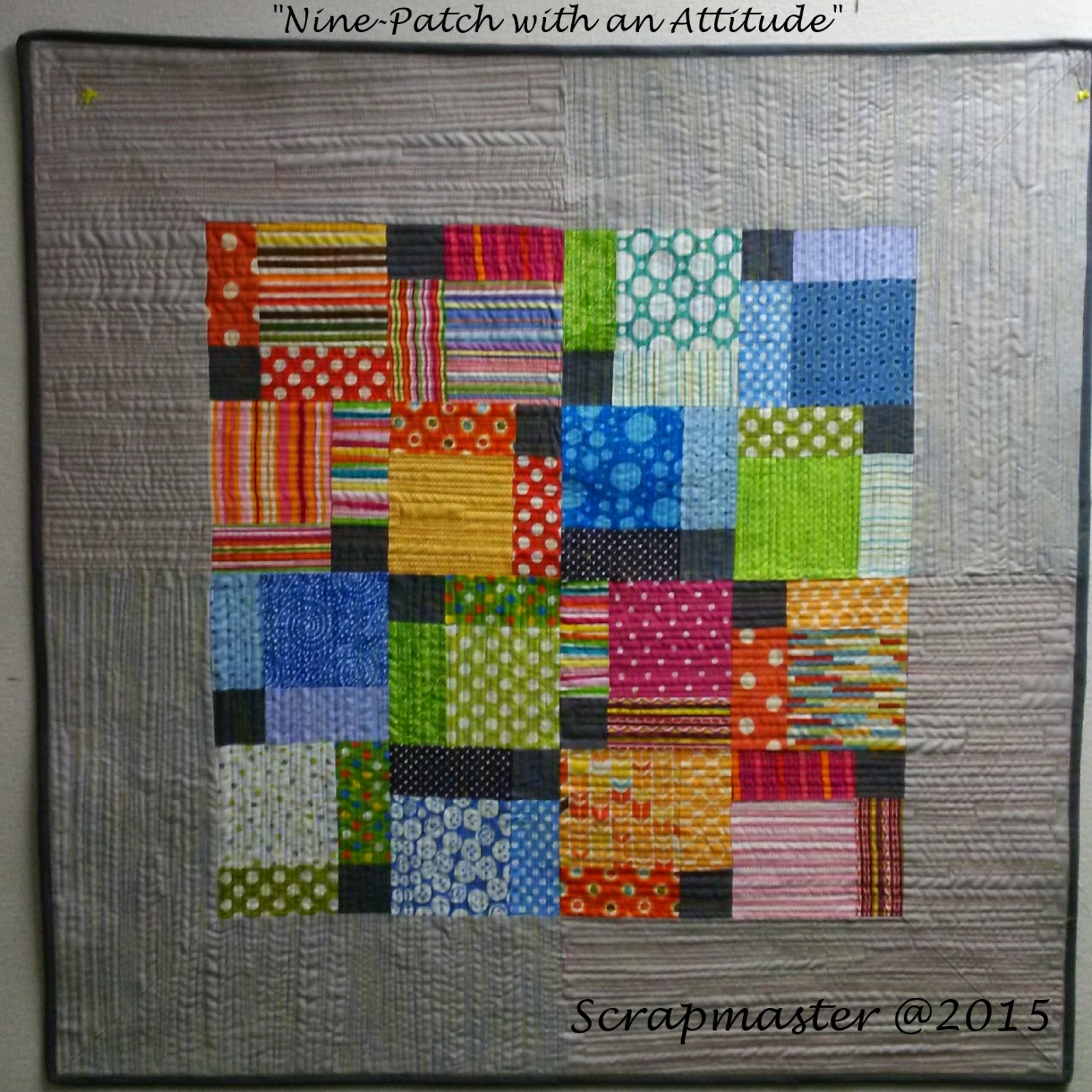 On the back, I used an Ikea print that my Quilty Sister brought me from Qatar. 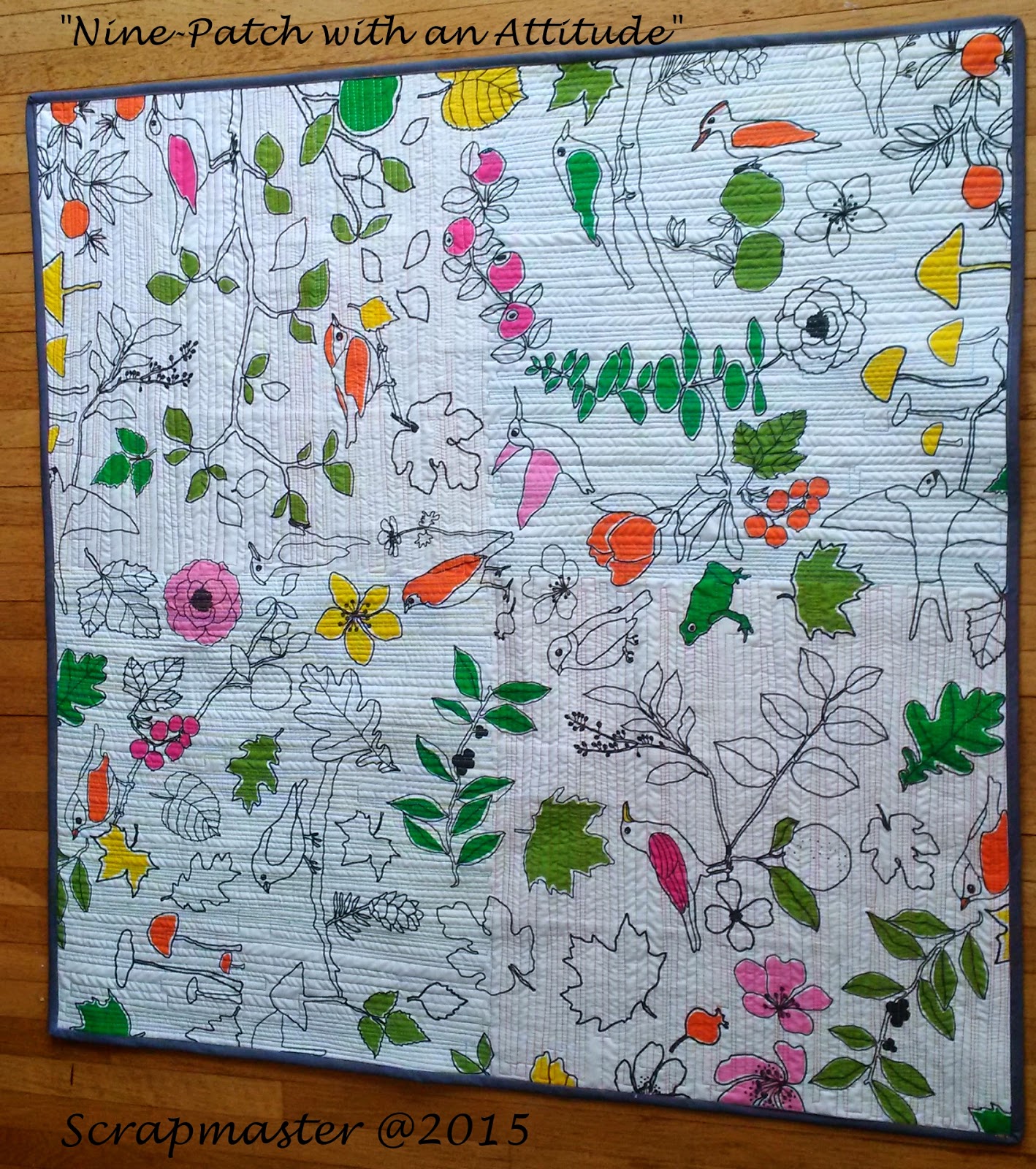 Hope you had time to do something quilty today. 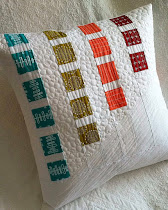